We are an Independent Lifeboat station based on the Isle of Wight.

On call to HMCG 365 days a year, we operate two Inshore lifeboats from our headquarters at Appley.  As a declared service we attend a variety of incidents from boats running aground on the infamous Ryde Sands to children getting swept out to sea on inflatables in offshore winds.

Our team is made up of volunteers from all walks of life who share the common interest in wanting to help others.  Training is to a high standard and the volunteers need to be able to give at least 1 day a week to ensure that they meet the requirements to become operational.

Despite popular belief, just like 100 other lifeboat stations within the United Kingdom we are not part of the RNLI and do not receive funding from them. If you make a donation to the RNLI thinking that it will reach us you are mistaken.  We survive solely on the generosity of the public and with running costs of around £40,000 per p.a. we need people to be generous and run events on our behalf!! 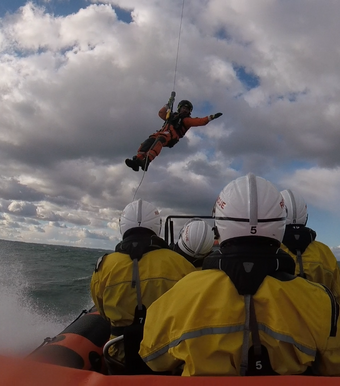 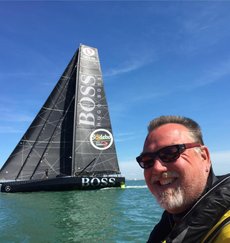 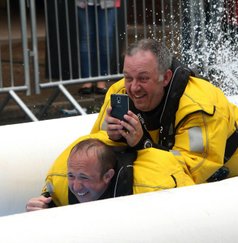 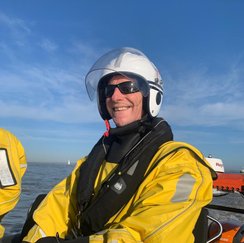 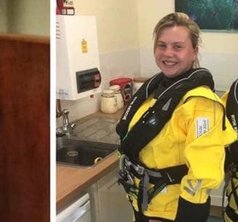 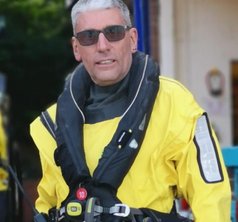 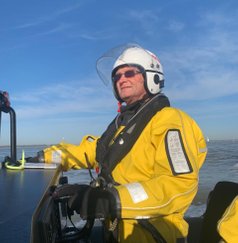 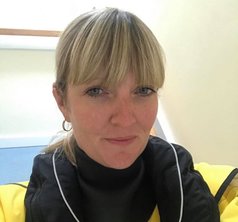 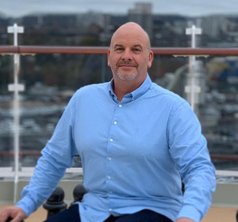 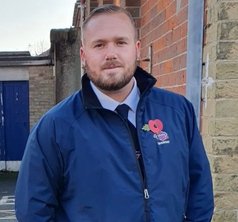 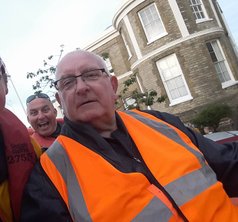 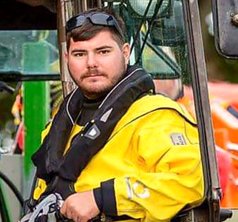 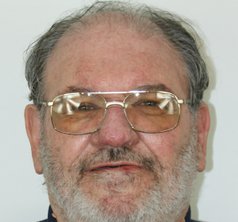 The formation of the Ryde Sea Rescue Scheme, run principally by the Vectis Fishing Club using 12 ft dinghies powered by  small Seagull outboards from their base half way down the pier – itself the premises of the original Ryde Lifeboat station run by the RNLI until the early 1920’s., and the St John Ambulance Brigade. Originally formed as a beach voluntary lifeguard unit in 1956 following a double drowning fatality at the end of Ryde pier. We first operated from the western sands at Ryde with a reel & line and a small rowing dinghy

The reformation of a beach voluntary lifeguard unit operating from the Western.

A Lifeguard club also known as Ryde Lifeguard Corps did exist in the late 1940’s but was disbanded in about 1951 through lack of support.The new Ryde Life Guard Corps got underway in May 1956, helped by the expertise of Shanklin Life Guard Corps and two of their members Gerry Ault (later to become our second President) and Bernard Lavender were co-opted in to the new club to help swell the numbers to obtain the statuary 10 qualified lifeguards to be recognised by the Royal Lifesaving Society as an official lifeguard club.

Help was also provided by Sandown Lifeguard Corps through their Club captain Eric Scott and the St John Ambulance Brigade – Ryde Cadet Division and Superintendent George Mears. We received a lot of support from the Borough of Ryde through Reg Lugg and Norman Cooper at the Enquires Bureau on the Western Esplanade. 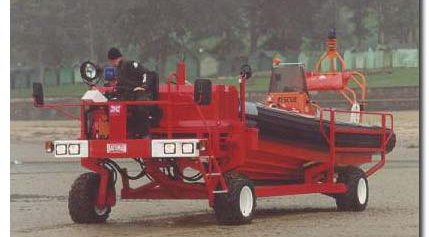 Gordon Osborne was elected as the first Club Captain and the unit began training for their RLSS bronze medallion medals at Warner’s Holiday Camp at Puckpool. This was an open unheated pool, using the Gardeners hut as the changing area. As the only pool available within travelling distance – no of us had cars in those days we were very grateful although the midges under the trees did sting a lot.

Our equipment at the start consisted of a 9ft rowing boat kindly loaned by the Borough of Ryde, a Reel and line and a Rocket line The latter was most impressive but apart from a couple of practice shots we were never to use it in anger. We had two beach huts for changing – next to the Red Cross hut on the Western, and keeping our equipment in. On a busy day  we had to change in  relays as if three of us tried to change at once inevitably we emerged ( we had no electric lighting or power) with the wrong clothes on!

First inshore capability in 1969 when vandals destroyed the rowing dinghy and the club raised funds to replace it with a dory powered with 40 HP outboard. Began long association with Coastguard and built up an inshore  Search & Rescue capability but still principally a lifeguard unit

In 1978 we were again victims of vandalism when our Boat house was destroyed by fire. Through a major fundraising effort and help from the local Council they were able to build their present HQ and Rescue Centre at the Appley end of Ryde seafront.

Over the next 10 years, the club’s primary role gradually changed from beach life guarding to becoming a full Inshore Rescue Lifeboat unit.

In 2007 we had two boats operating, a 6.3 metre RIB (Sir Norman Echlin) and a 5 metre inflatable, which are launched by a special launch vehicle and a tractor respectively as shown in the photos.

The main lifeboat Sir Norman Echlin Bt was bought in 2007 and was only possible after the club, greatly assisted by local businesses, organizations & individuals had raised £50000 in under one year for its purchase

At low water tide it is necessary to tow the lifeboats out through nearly a mile of shallow water before they can be launched. The salt water environment is not kind to the standard agricultural tractor and they have to be replaced regularly.

In late 2018 our main lifeboat (Sir Norman Echlin) was sold after 11 years in service.

She is now off to Iceland for her next adventure, she will continue to operate as a rescue boat at her new home!

After 11 years of hard work and with new technology coming on so far it was time to bring ourselves up to date.

The new boat is an 8m Ribcraft powered by two 150hp Evinrude Etecs, with the latest chartplotters and radios.

Fitted with a thermal imaging camera, adding to our search and rescue capabilities and giving the crew something new to play with!

Our new Lifeboat was only made possible by a combination of hard work fundraising by our crew and you our supporters. As well as support from a wide range of local and international organisations Including;

IN AN EMERGENCY CALL 999 AND ASK FOR THE COASTGUARD